At the beginning of the 19th century, the villages on the shores of the St. Lawrence were populated by a strong majority of French-speaking Roman Catholics. These villages were not surprisingly made up of a parish church, the seigneurie, a few craftspeople, a doctor and, occasionally, a lawyer. People travelled for business or to attend college, but hardly ever for pleasure!

At this time, a large English-speaking Protestant community lived in Québec. The capital of Lower Canada was home to many British tradesmen, soldiers and administrators. Among them, a number of businessmen, military officers and geologists went on missions to explore eastern Quebec. The Crown wanted to know what resources were hidden underground. Entrepreneurs sought mature forests to convert trees into planks to sell in England. Army officers watched over the border to the south, as the United States periodically threatened to invade the colony. Surveyors and engineers marked out land and planned future bridges and roads.

All of these Brits were trailblazers for the first vacationers in the region. Many praised eastern Quebec to their friends and colleagues in Québec, Montréal and even England and, by way of their tales and sketches, a wider public learned of the region’s landscapes, reminiscent of Scotland, and the simple healthy lives of the Canadien farmers. 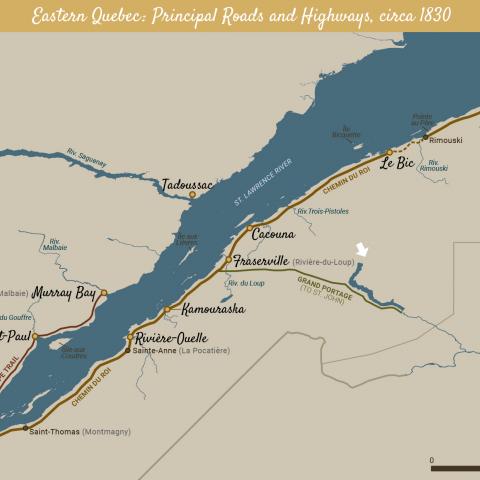 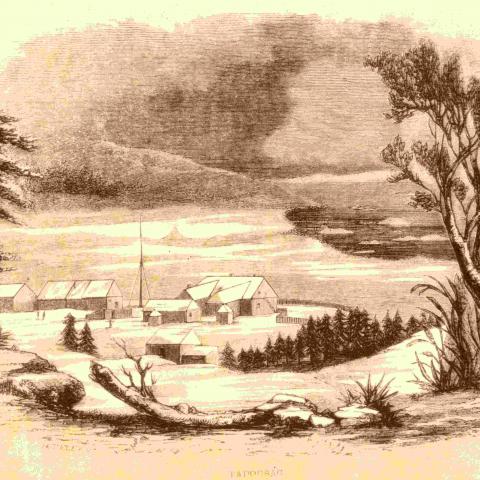