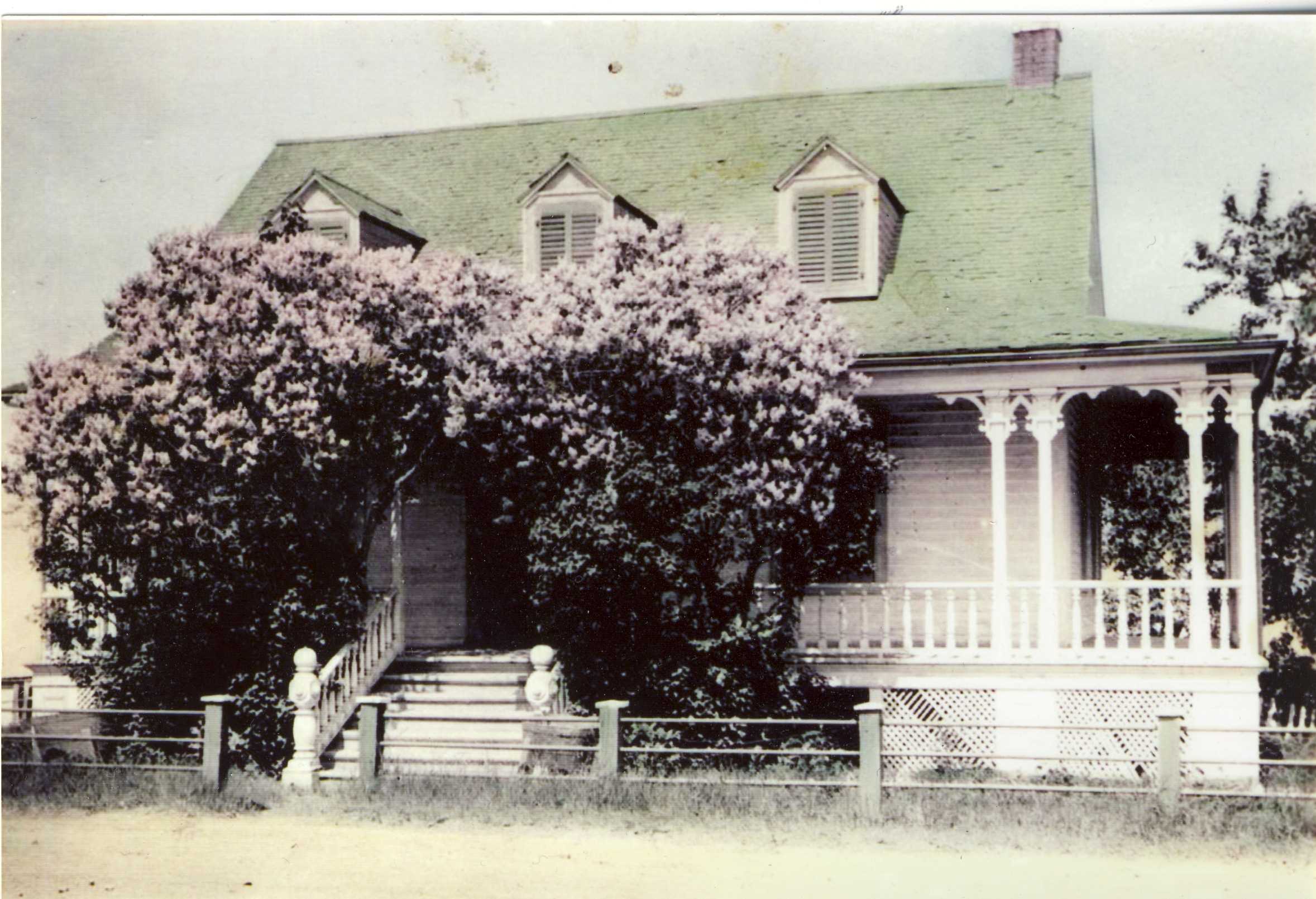 The love affair between the Caddell family and Sunnyside, their summer residence in Kamouraska, began in 1882. This album could also be called the LeMesurier-Caddell album, as it was William John LeMesurier, the present owner’s great-grandfather, who first stayed in this house with his wife, Emily Andrews LeMesurier. The couple rented it in 1882 and 1883, before purchasing it in 1884.

How did they find this jewel? The details have been lost, but we know that the two families were well acquainted with the region. When William John was young, the LeMesuriers spent their summer holidays at a resort area near the wharf at Rivière-Ouelle. His mother Marie Sylvain’s family had ties there and returned to the village in summer. Emily Andrews’ family used to holiday at Murray Bay (La Malbaie), a resort on the northern shore of the St. Lawrence.

Both William John LeMesurier and his wife were born in Québec. 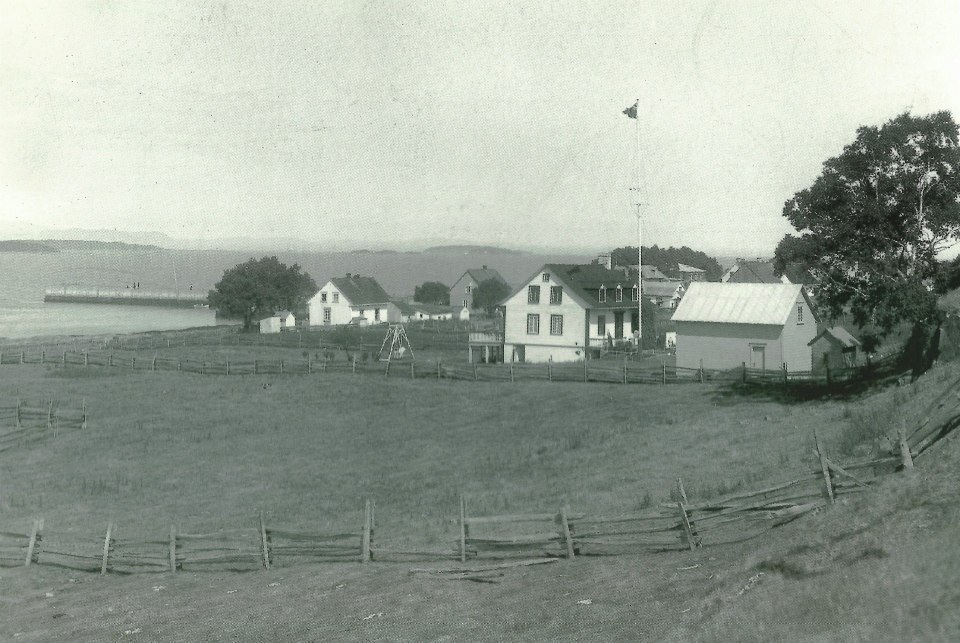 W. J. LeMesurier and Emily Andrews LeMesurier were charmed by this solid Canadienne-style home, built in 1870. The main roof and some of the gables were covered with cedar shingles. In 1905, the owners added a veranda facing the river, giving them a spectacular view of the wharf and the islands off Kamouraska, as well as the mountains of Charlevoix on the far shore.

Emily Andrews LeMesurier called the house Sunnyside. Built on a hill, it benefitted from an ideal exposure to natural light all afternoon up until the sunset.

Today, a side road connecting the town’s main street to the river follows the line of the fence in the foreground of this photograph. This road is named Côte LeMesurier for a very good reason! 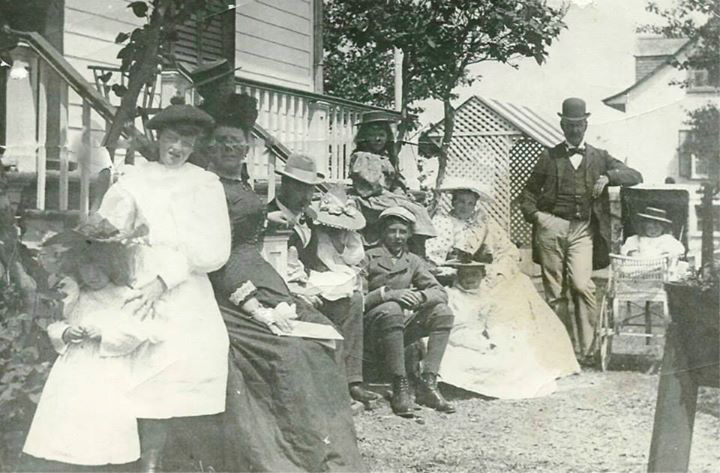 Emily Andrews LeMesurier wanted a summer home in town, where a doctor and everything else necessary to caring for children would be close by (she eventually had nine!). Kamouraska was a prosperous small town and it fit her bill. A former pupil at the Ursuline convent in Québec, Emily was fully bilingual and so had no problem conversing with neighbours and local shopkeepers in French. 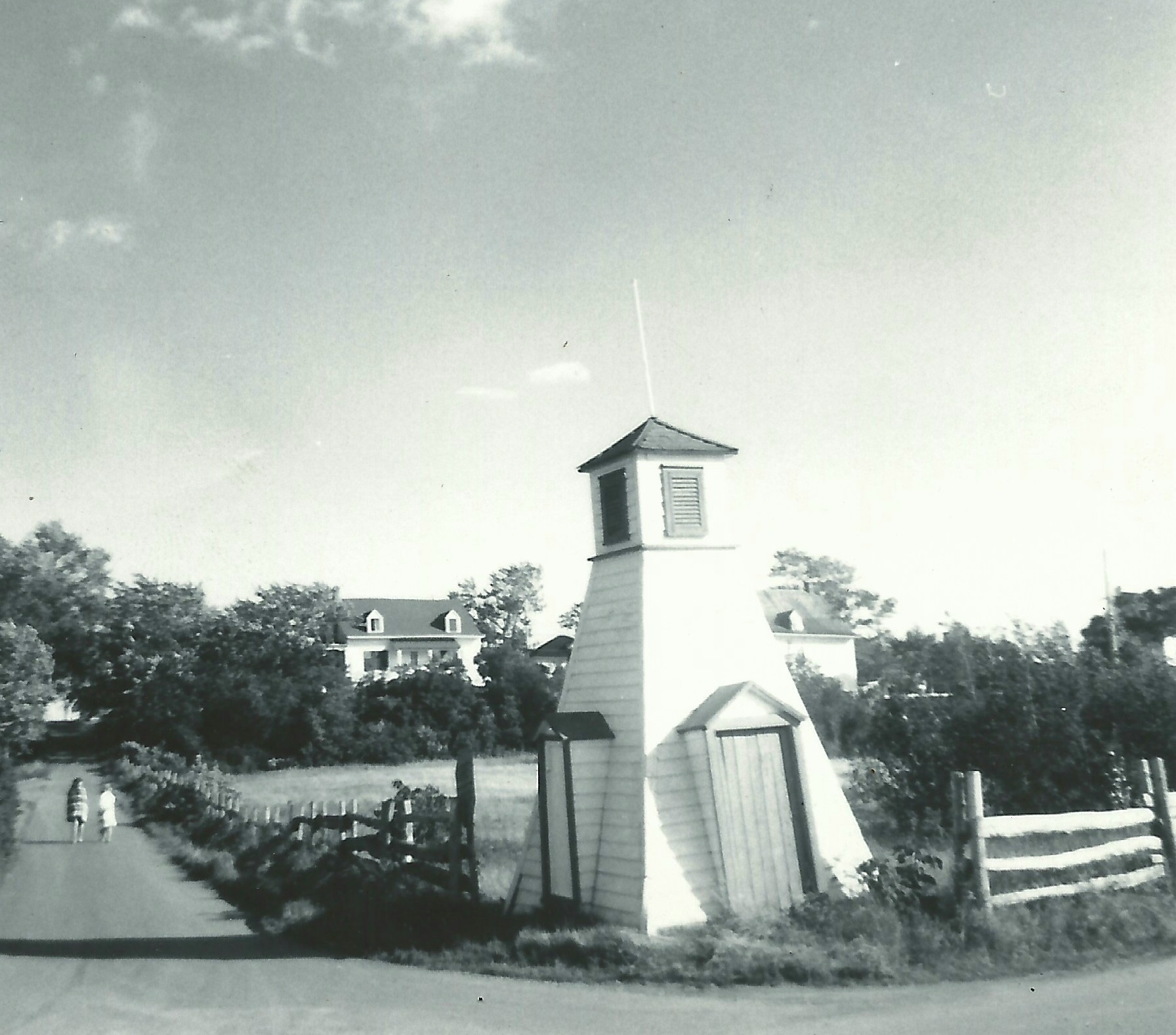 In this interesting photograph, Sunnyside can be seen on top of the hill to the left while below we see two arpents of land and a magnificent changing cabin, nicknamed a gloriette. This was built in 1890 at the request of the parish priest, who wished to avoid the disgraceful sight of bathers walking between the house and the river in their bathing suits.

W. J. LeMesurier died in 1926. His widow continued to summer at the house with her daughters Pearl and Elga. She swam in the river every day, come fine or foul weather, until her death in 1947. She was 96! Daughters Pearl, Irene and Elga inherited the house in Kamouraska. 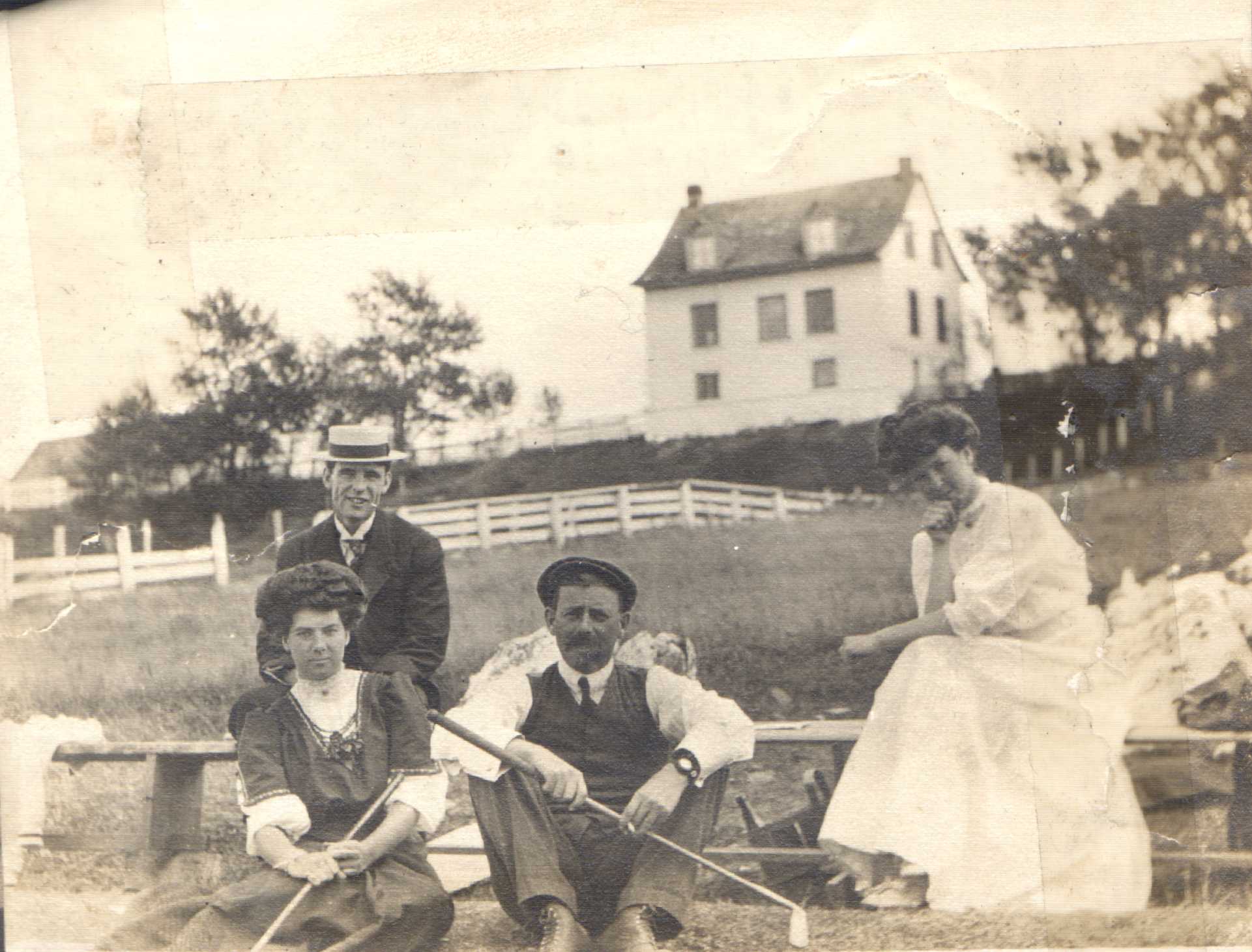 Everyone who visited Sunnyside remembered it as a pleasant gathering place. The house was big enough for the family to invite their friends from Québec to stay for several days at a time.

When they weren’t bathing in the St. Lawrence, they could play tennis on a court located between the house and the river or play golf. 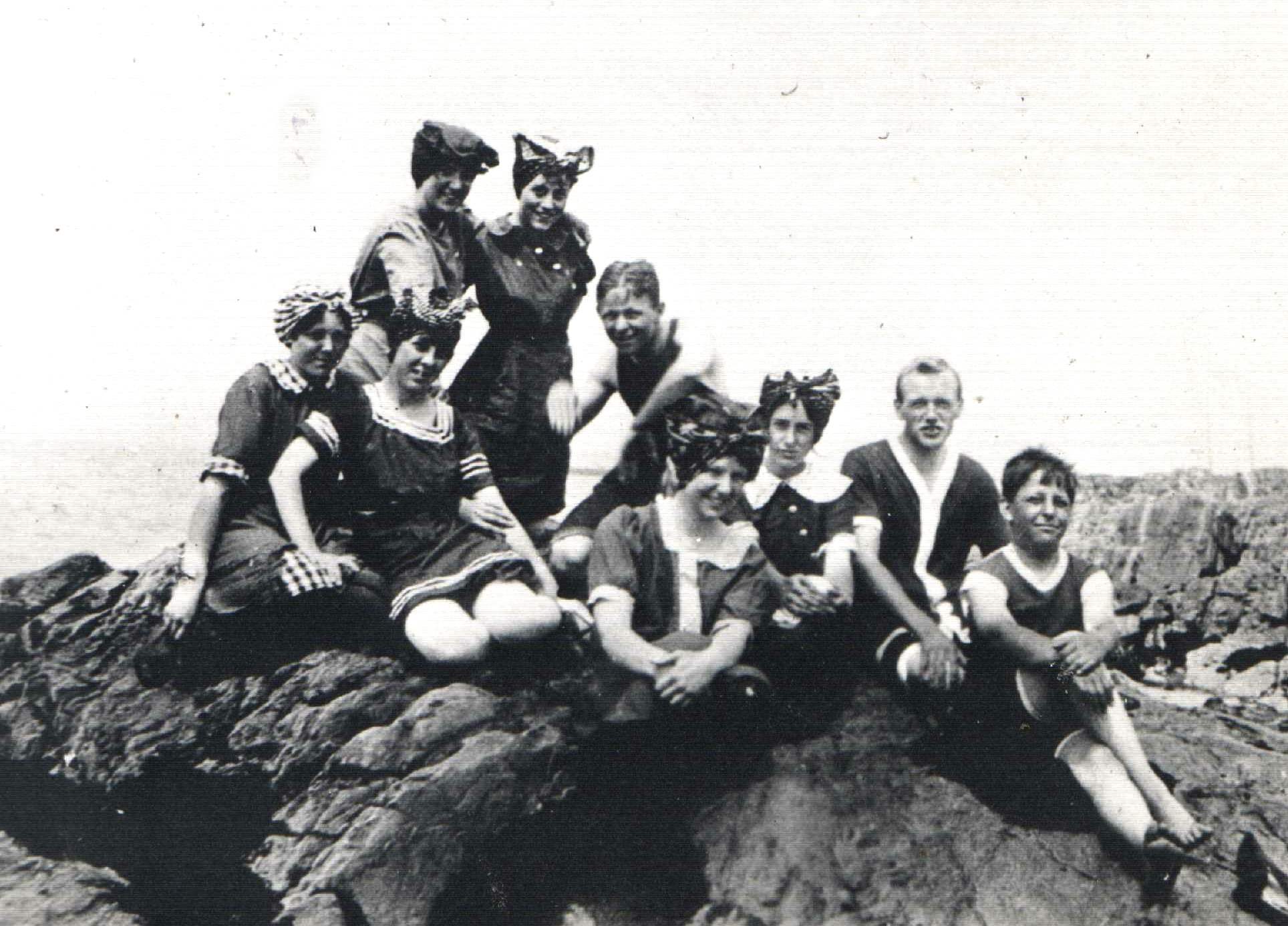 Vacationers can visit several small islands off Kamouraska. Some are accessible on foot at low tide (as long as one isn’t squeamish about walking in the silty mud!) while others can only be reached by rowboat or canoe.

Here, we see Elga LeMesurier with friends sitting on a rock off Kamouraska that turns into a small island when the tide is high. 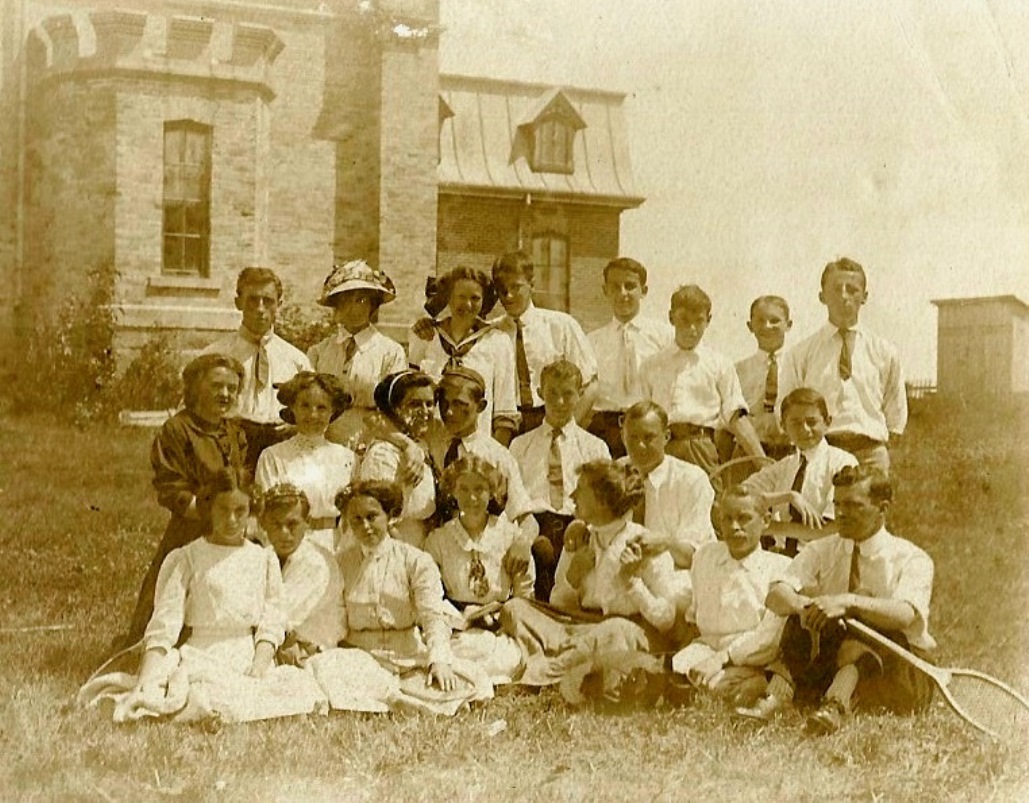 Sunnyside is located just a few hundred metres from this gorgeous neo-gothic building that served as the council office for the county, the registry office and the circuit court (for small claims) from 1888 to 1913.

The building changed vocation and the “old courthouse” became a place where locals and vacationers got together, especially on rainy days. They played cards in the common room, at one point known as “the Mikado.” There was also an outdoor tennis court there, a tradition that continues today.

Notice the outhouse on the right. At the beginning of the 20th century, toilets in the countryside were always outdoors. 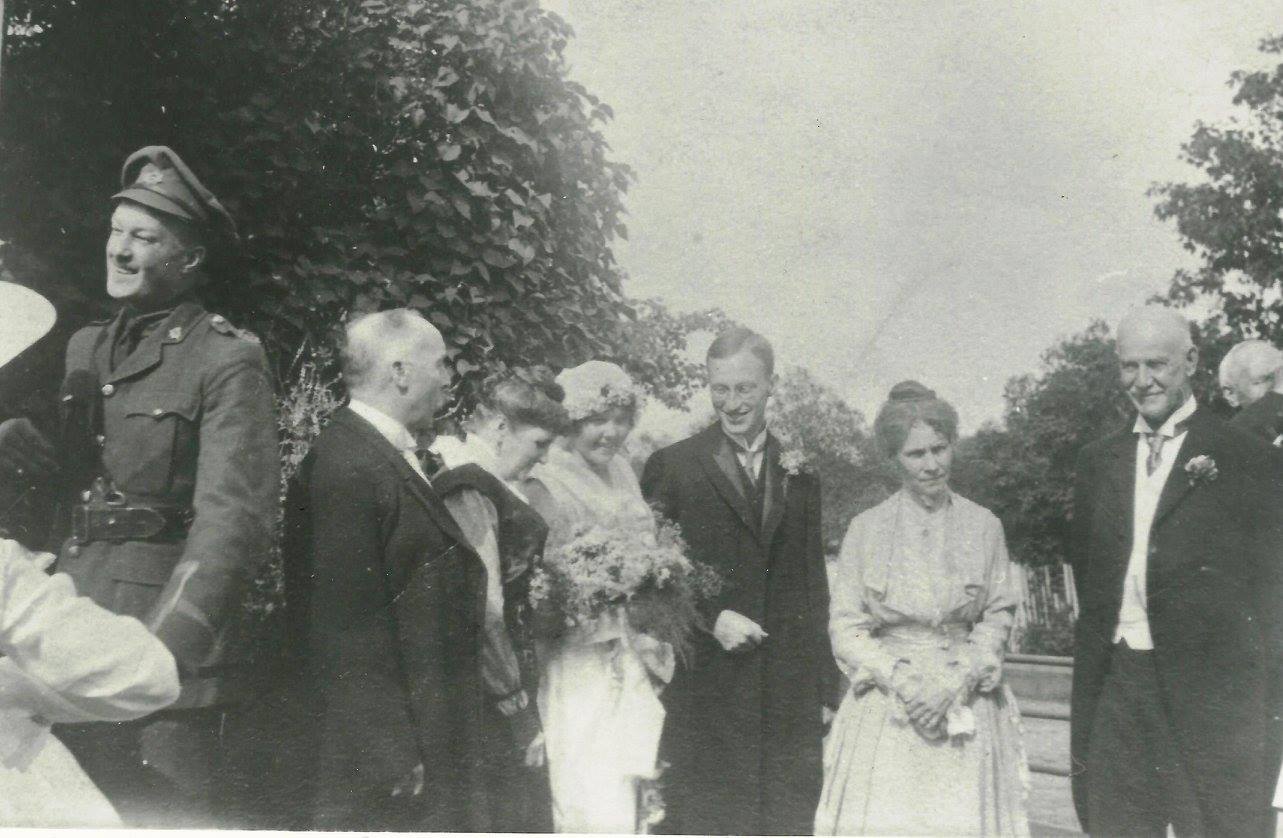 Leonard Burton Ramsey was the maternal grandfather of the present owner of Sunnyside, Andrew Caddell. He married Estelle Hazel, the daughter of William John and Emily Andrews LeMesurier, on July 31, 1916, in Kamouraska.

The wedding was held at Sunnyside. The couple had become engaged in Kamouraska. A strict Presbyterian, the groom’s mother would never have agreed to attend a wedding in the Anglican cathedral Estelle Hazel attended in Québec! Kamouraska was neutral ground for both families.

Around the same time, Leonard Burton Ramsey’s brother, Stuart, married Juliette Pelletier, whose family also owned a home in Kamouraska. Imagine the fun the cousins would have had when they’d meet at Kamouraska every summer! 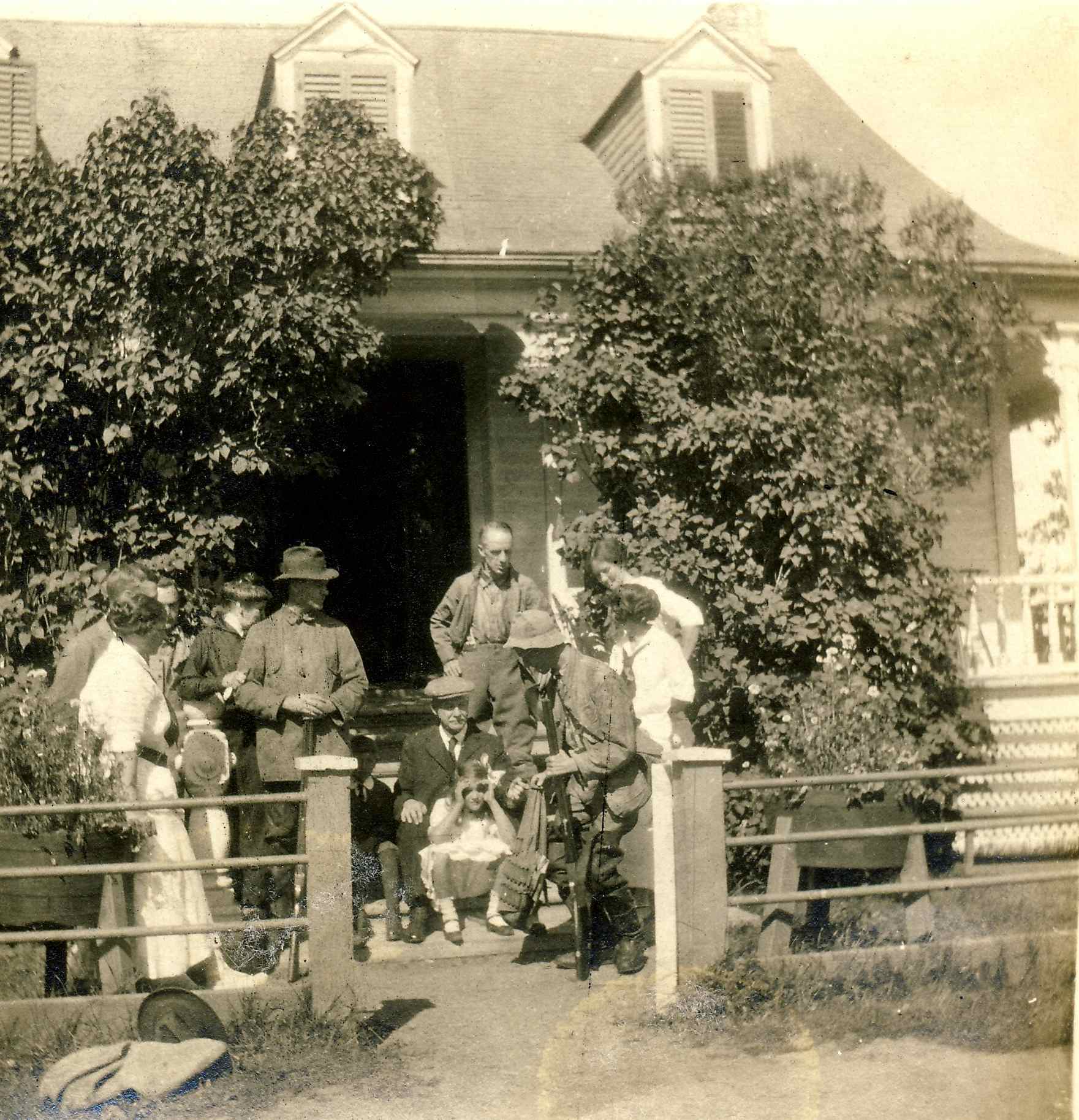 Getting away from it all

In spite of the LeMesuriers’ financial problems at the beginning of the 20th century and the loss of several family members in the two world wars, summer life at Sunnyside continued to be easy for the LeMesuriers and their descendants. Swimming, tennis, golf, sailing, and—as we see here—hunting were among their favourite leisure activities.

In 1945, the day after his return from the war, Philip Caddell, the son of Irish and English immigrants, married Elga Ramsey (1917‒1995), daughter of Leonard Burton Ramsey and Estelle Hazel LeMesurier. Elga Ramsey Caddell inherited Sunnyside in 1981 and left it to her children when she died in 1995. 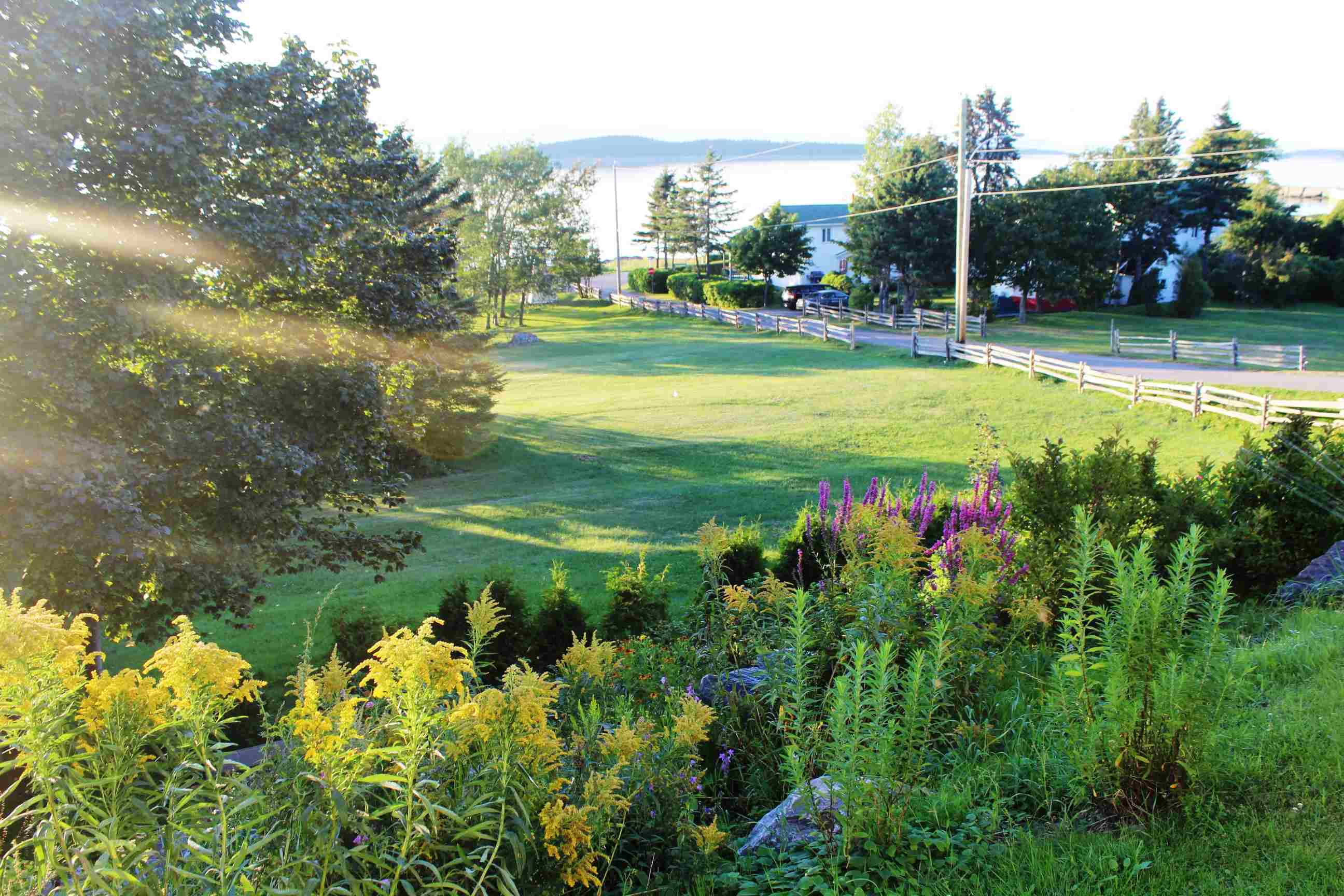 Sunnyside still proudly perches on LeMesurier Hill. After a major fire in 1980, the house was rebuilt in the same shell according to the original plan. For example, as was often the case in large 19th-century houses, the kitchen is in the basement and a working dumbwaiter still hoists the meals up to the dining room.

Today, Sunnyside belongs to Andrew Caddell, a high-placed civil servant in the federal government. The Caddell family is still deeply attached to Kamouraska.

Walking around the village, you might notice a small golf course on the Caddells’ carefully kept grounds. It is easy to imagine generations of Caddells and LeMesuriers playing there!