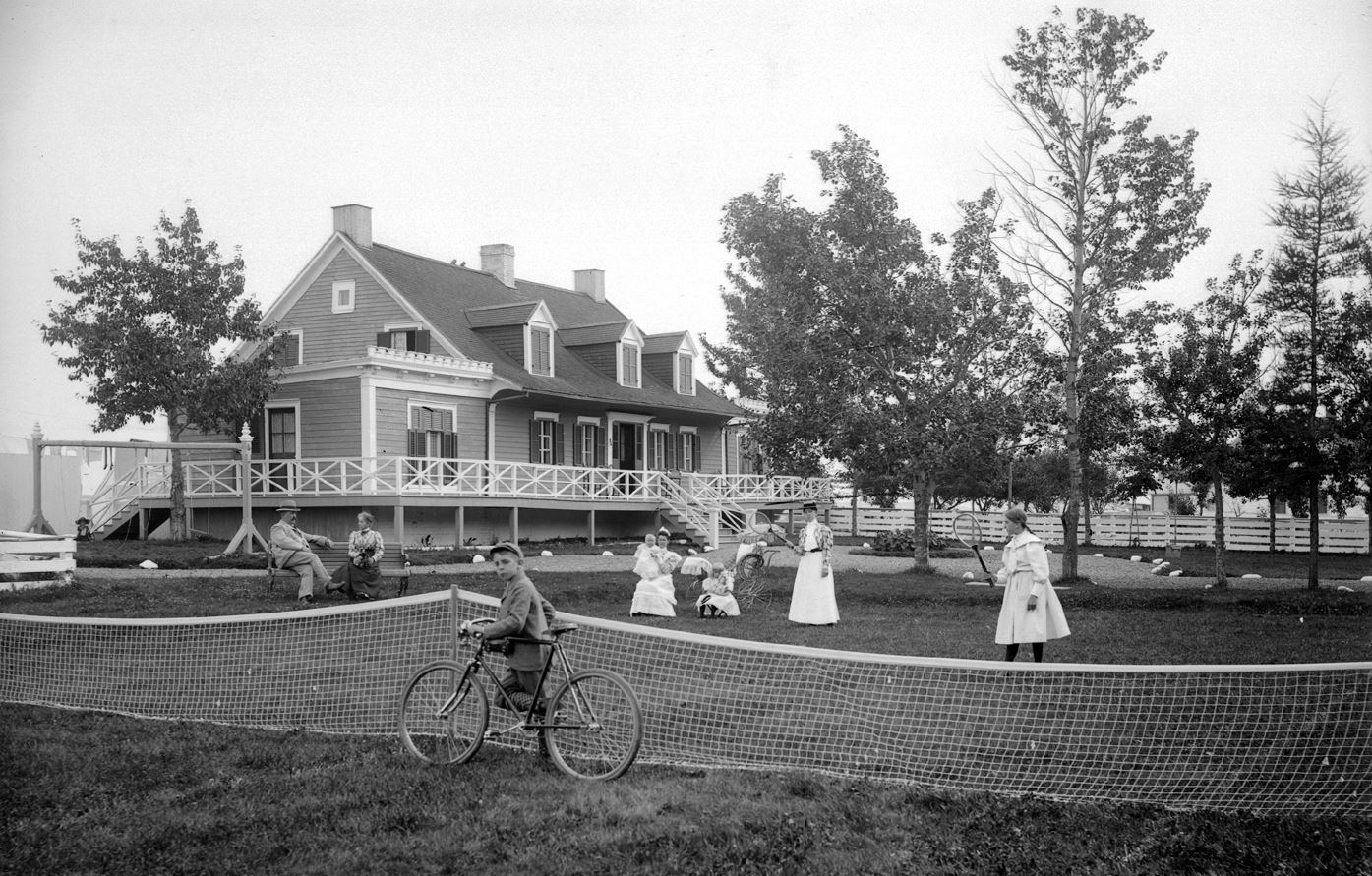 The Lebel family’s ancestral home in Cacouna, rented by the Hicksons, c. 1900.

At the time, this residence belonged to Sir Joseph Hickson, president of the Grand Trunk Railway from 1874 to 1890. Before buying this house, he rented it from the Lebel family, and later had it expanded and renovated to better meet his family’s needs. Mr. Hickson was then close with the Conservative Prime Minister John Alexander Macdonald, whose 1882 electoral campaign he actively supported.