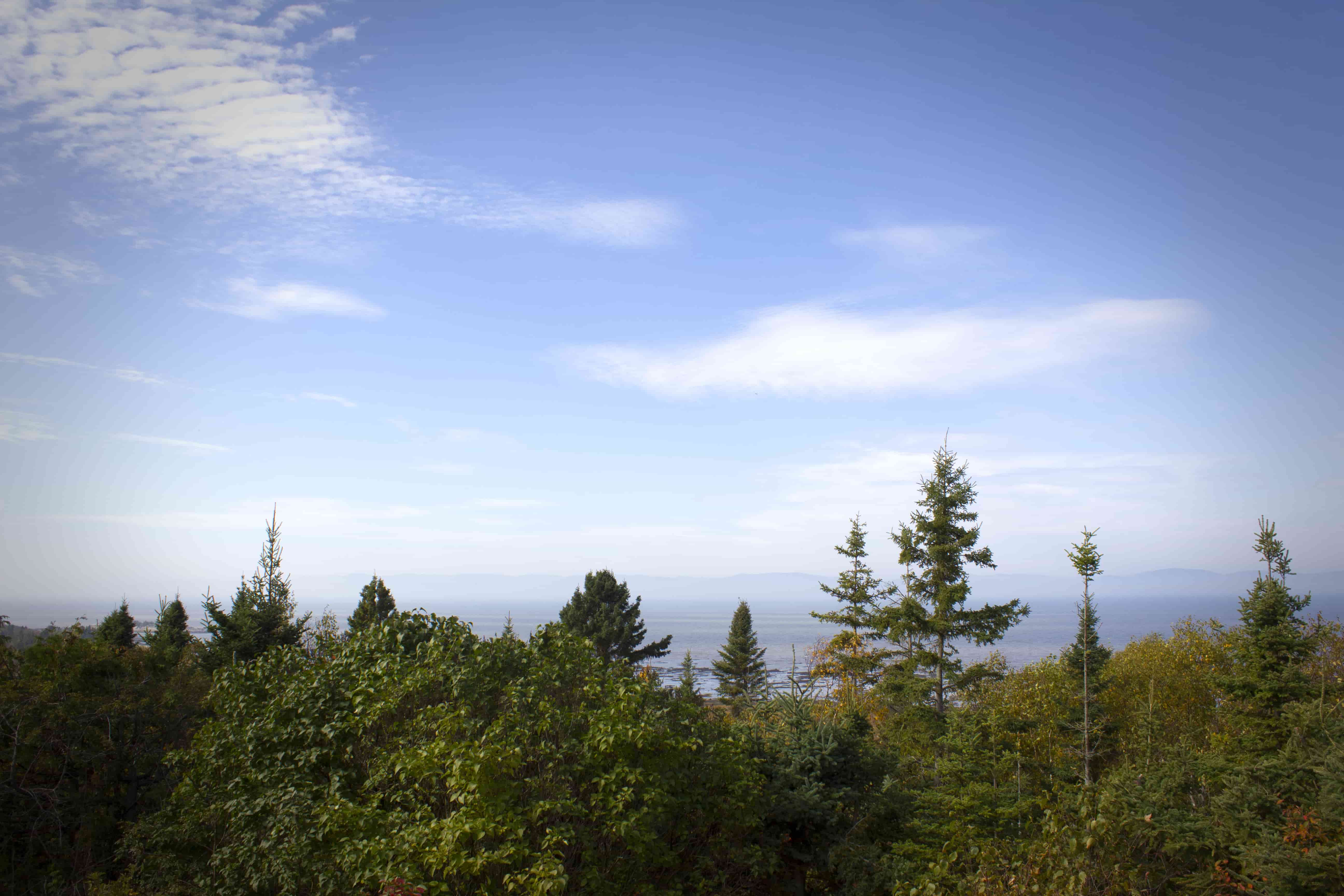 The view from Saint-Patrice (Rivière-du-Loup) of the St. Lawrence and the mountains in the Charlevoix.

In Saint-Patrice, summer homes were built on rock formations, often about a hundred metres from the shore. The first summer people who settled there sought a picturesque viewpoint, rather than easy access to the beach. This photograph was taken from a terrace located behind the Gombay family home in the far eastern part of Saint-Patrice.