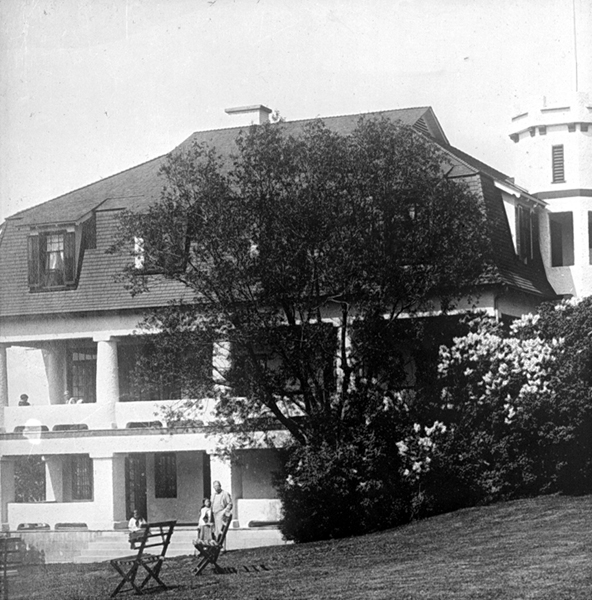 The Colonel James Woods’s summer home was located near the Saint-Patrice golf course, which he co-founded in 1902. James William Woods (1863‒1930) was a prosperous manufacturer and timber merchant from the Ottawa area.

Woods transformed this summer home, built in 1865, after he bought it in 1902. It was after this time that a tower was added, only to disappear in the 1940s. When Prime Minister Louis-Stephen St-Laurent became its owner in 1950, this house had lost its feel of a little castle though it maintained all its charm.