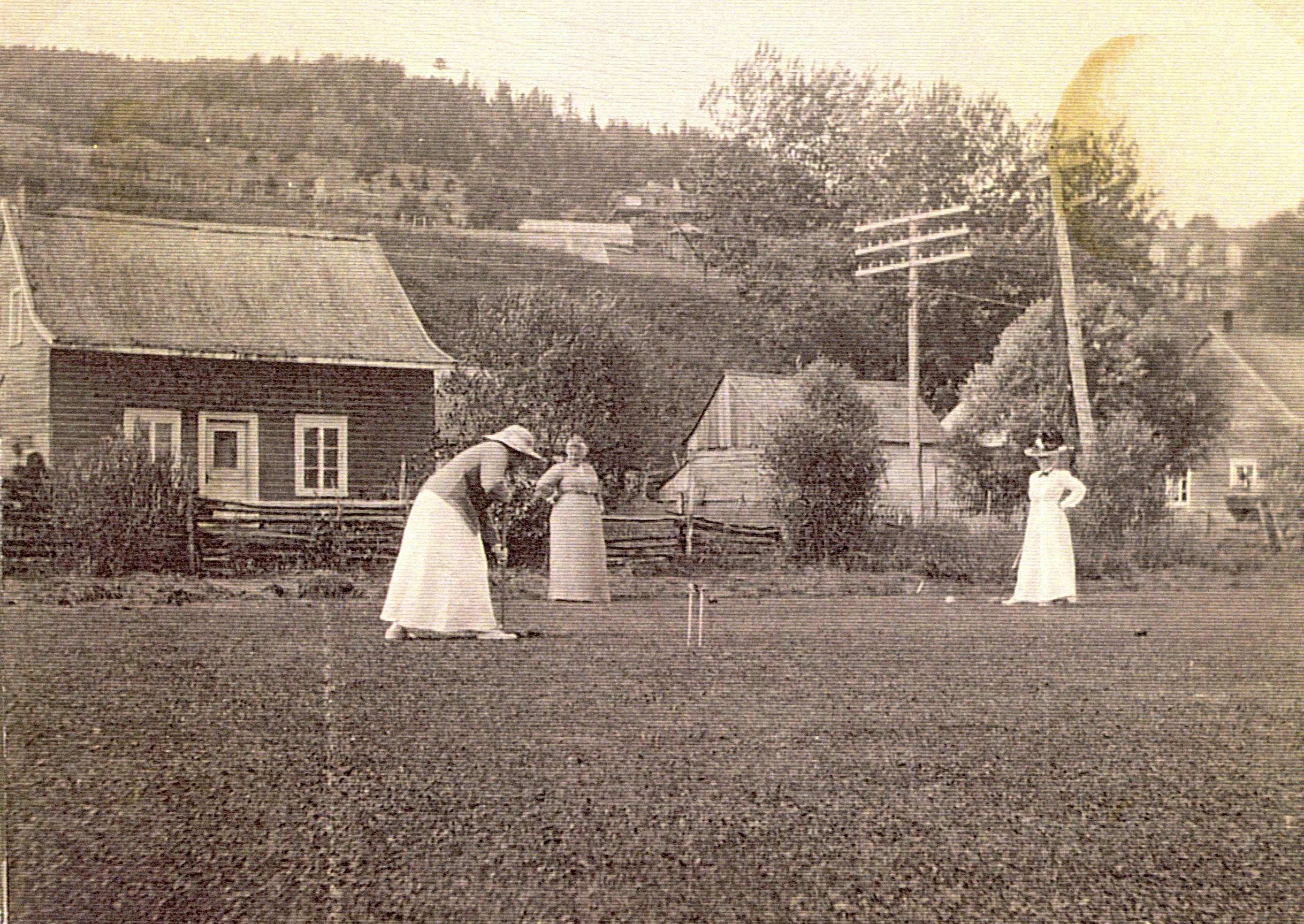 Croquet requires little equipment (mallets, hoops and balls) and relatively little space. At the end of the 19th century and beginning of the 20th, croquet was a very popular sport with the ladies and children who frequented eastern Quebec’s watering places. Many tournaments were held, with the men often attending as spectators.