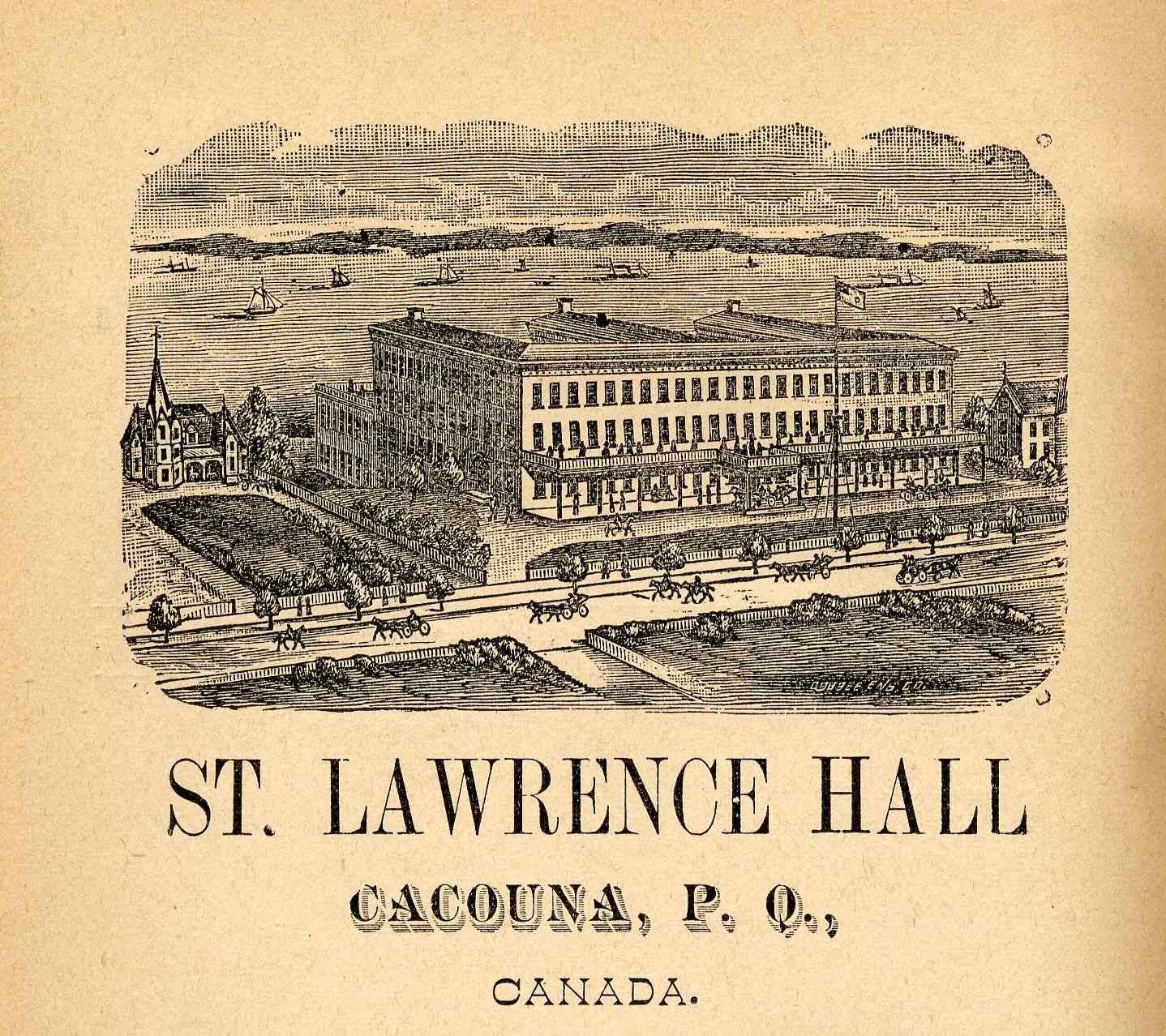 This engraving shows St. Lawrence Hall, one of the best-known and most-frequented hotels in eastern Quebec. Built in 1862, it copied the name of a famous Montréal hotel. It was not rebuilt after burning to the ground in 1903. This was probably because the cruise ship industry was clearly concentrated on the northern shore by then. The Richelieu & Ontario Navigation Co. owned cruise steamers, the luxurious Manoir Richelieu in La Malbaie and the somewhat more family-oriented Hôtel Tadoussac.

This animated scene shows Pine Cottage (a summer home to the right of the hotel), the St. Lawrence Hall and Cacouna’s main street (the old King’s Highway). The hotel seems larger than it truly was since this advertisement gives it an extra floor… that it never had!