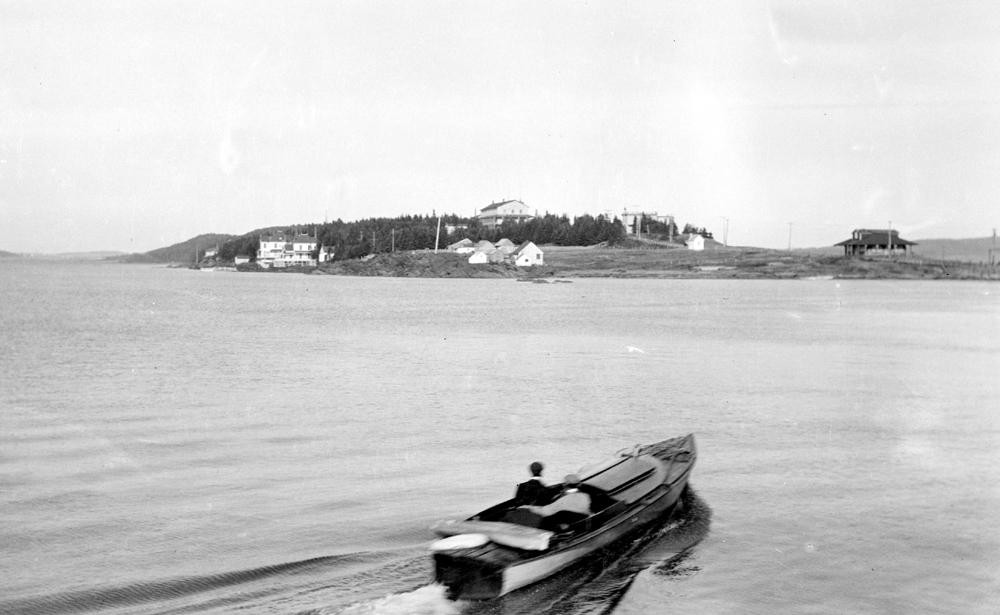 Stanislas Boucher’s boat at the Point at Rivière-du-Loup.

This photo was taken on the Point at Rivière-du-Loup. In the centre, we see small buildings on the shore that housed shops where Aboriginal craftsmen sold their wares, like woven Birch-bark baskets, moccasins and snowshoes. These families (the Siouis, Picards and Launières) came from the Hurons-Wendat Nation of Wendake, near Québec. They would stay in Rivière-du-Loup over the summer.

This type of shop could also be found on the highly frequented wharves at Cacouna (the Maliseet Nation) and in Charlevoix.