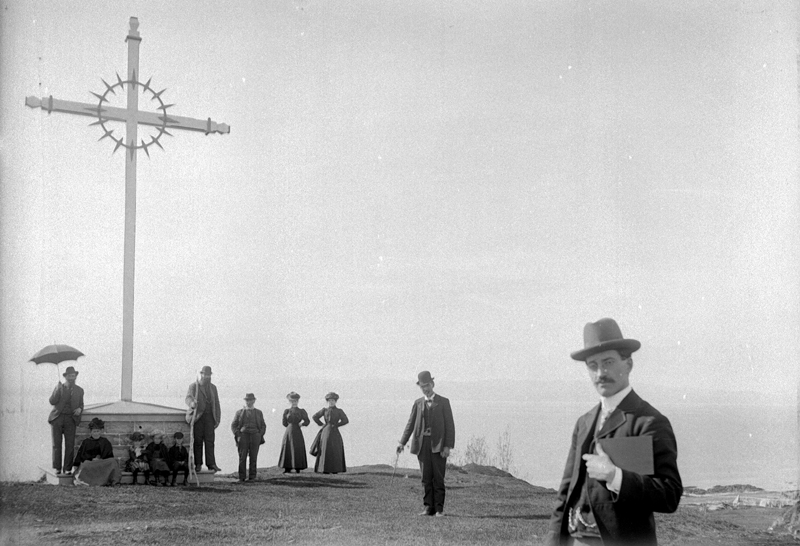 A visit to the wayside cross on the hill leading to the sea in Saint-Denis-De La Bouteillerie (1900).

English-speaking visitors were not indifferent to the religious fervor of the French Canadians, particularly in rural areas. Travellers were interested in their traditions (like praying at a wayside cross) and admired the architecture of their churches. However, many of these Protestant visitors found Catholic mores a bit too rigid when it came to beach attire. Though the Protestants’ rules of conduct in the Victorian era were strict, the Catholics’ seemed to them even more unyielding.