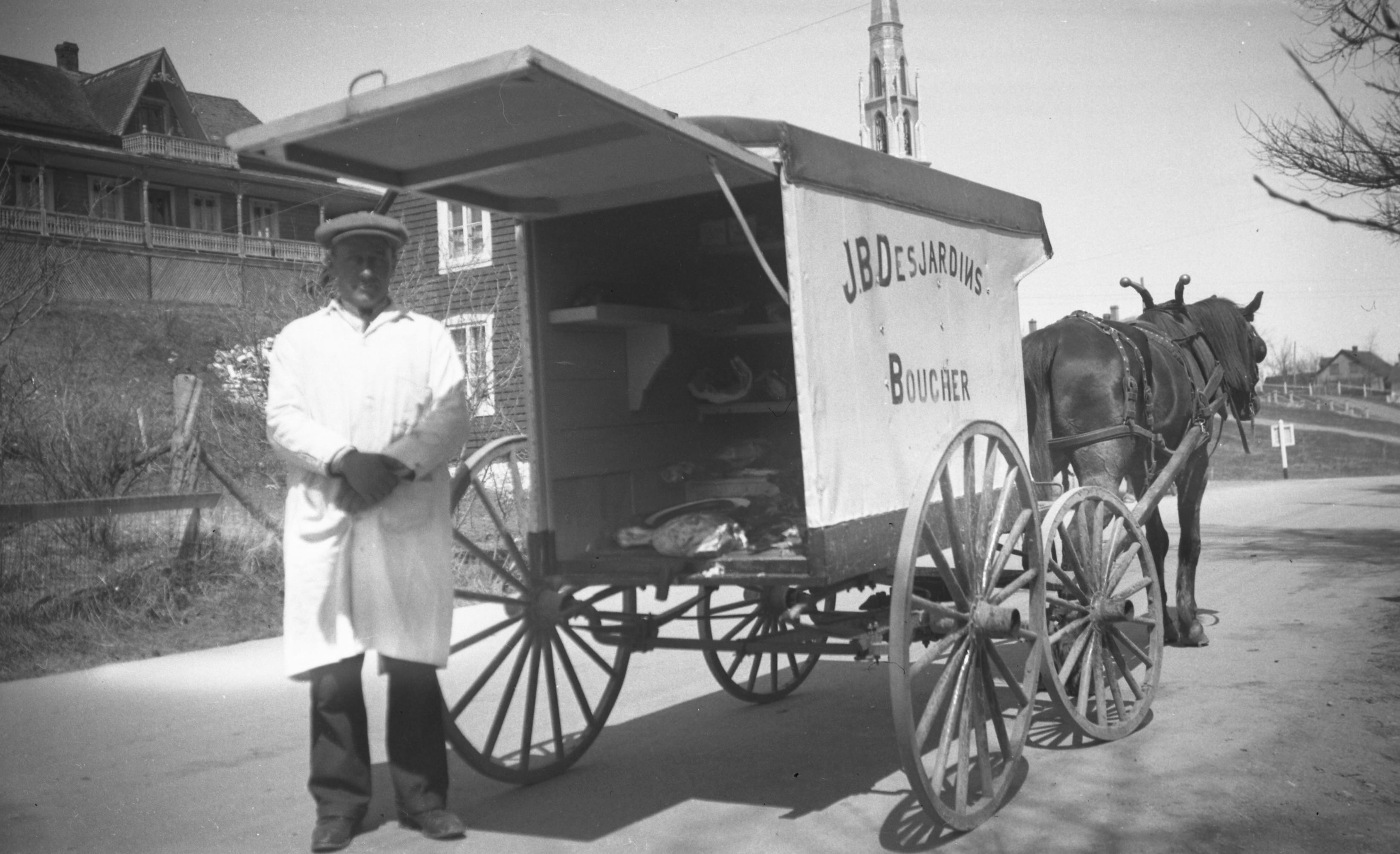 Up until the mid-20th century, butchers hawked their wares from door to door, offering pork, beef, poultry and sometimes lamb to the mistress or cook of the house. The butcher could do some cuts on the spot. His cart was also equipped with a scale to weigh purchases. Amounts due were written in a notebook and a bill was sent to the best of clients only at the end of the summer.